Moose and I are home and cruising the back forty once again. It seems like nothing has changed, but the reality is a lot has changed. The last two weeks have been bittersweet. Over the span of a couple of days, four years of training, planning, and general PBP scheming all came to an end much too fast. Twenty-fifteen is now history and twenty-nineteen seems like a time well beyond my reach. I entered this year’s ride taking PBP for granted.

It responded by handing my butt back to me on a platter. I still don’t know what happened.  I did get to traverse 522 miles of the ride. Completing the seven hundred sixty-four miles would have been so much better. Paris-Brest doesn’t cut slack for the weak. So there it is, and here I am. 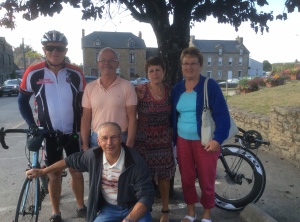 My trail angels, When having a flat in the dark they were there with lights for me to see. On the return in daylight they were still there cheering on the riders. Turns out they were quite the velo champions themselves. Note Moose sticking his nose out on right. 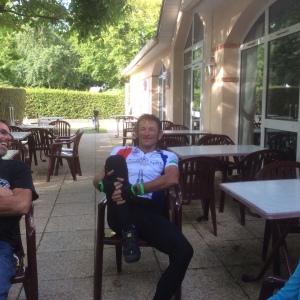 Seven time PBP finisher, (2 charlie Millers) and friend John Gunzke from Arkansas. First met John in 2011 and it was such a pleasure linking up again.

Trplay with Belgian Herman De Munck, 5 time winner of the PBP. He plans to ride again in 2019 at the age of 75!

Paris-Brest-Paris is an unbelievable event. What makes it so special? It is not the route. However, if one is not from Europe, the quaint picturesque towns around every corner make a unique site. Clearly it’s the people who show up to ride and the spectators along the route. The PBP was around before you were born and it will be here long after we have died. That is the greatness of the PBP. The Who’s Who of distance riding are there. World record holders, past record holders, speed record holders, and of course future record holders are all there. Steven Abraham, currently trying to break the 75-year-old record for most miles ridden in a year, was there. But there is more. Every one of the 6,000 plus riders has a unique inspiring story of how they got there. Meeting new friends and hearing their tales while reacquainting with old friends is part of the PBP magic. Those riders who take time to talk to the spectators may be surprised to find that the petite lady clapping along the roadside was the Meaniac to Paris velo champion years ago. Or one might learn that the old gentleman waiting for his son and grandson to pass rode the route years ago. They are now cheering on the riders as they were cheered on before. This is PBP. It bridges the past to the present and leads to the future. Actually, come to think about it, Twenty nineteen isn’t that far away. Will I go back again? I think so. I’m now one and one, but I’m not done. Paris-Brest-Paris is one-heck-of-a-ride.

Our hotel a few miles from the start. 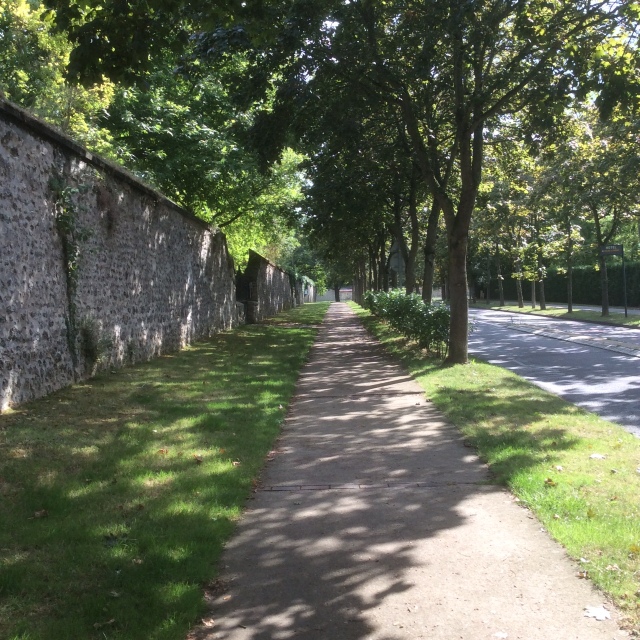 Walk to the Carrefour grocery store a short distance from the hotel. LOL it really isn’t hard to figure out, Yeath I’ll be back

This entry was posted in Uncategorized and tagged pbp 2015. Bookmark the permalink.